So as I descended into a pit of despond I figured what we really needed in society today was some fucking angry hippies. Or we just need to go get our shit together in the country.

For some reason this got me to thinking about San Francisco, being poor and of little means right now due to building my own little slice of heaven in the longest building project known to man, I had to make do with the music. Here is a confession, are you ready?

I prefer Jefferson Airplane to the Grateful Dead, the songs are funner and the guitar solos better. They also managed to understand the importance of melody and the joy of the three minute song along with the stoned jams.

I especially like the off-shoot period of about three years from 1970 to 73 when the Planet Earth Rock’nRoll Orchestra was in full ridiculous flight. Imagine all your favorite bands from the late 60’s San Francisco and the Laurel Canyon scene hanging out getting stoned and recording for hours on end and you have the Planet Earth Rock’n’Roll Orchestra. Anarchic self indulgent and a glorious sound if you like that hippy shit.

The whole thing began with Blows Against the Empire by Paul Kantner and Jefferson Starship, this is a long way from building any city on rock and roll. This is subversive stuff, taking a look at the Nixon fueled world and advocating getting out there revolting and stealing a starship and getting out of here. Now we have a space force we can probably pull this shit off as the great orange one blurts his bloated cascades of vitriol at the world. 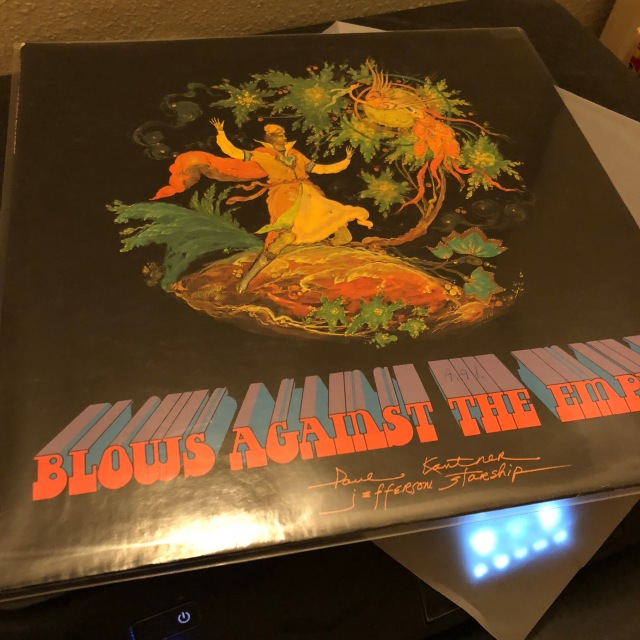 Blows is credited to Paul Kantner and Jefferson Starship. It does not however have much to do with that band and is not seen as part of their discography, it is the first in a series of off-shoot Airplane albums to come out in the early 70’s. Most of the Airplane appear on it along with members of the Dead, Quicksilver Messenger Service CSNY and just about anyone passing through or hanging out in the studio. Filled with rich harmonies and fiery guitar solo’s pounding keyboards and banjo’s.

It’s a political record of dissatisfaction with the hippy dream and the failure of the old guard. That dissatisfaction led to some stoned meandering concept that is more rewarding than it sounds. Yes its’ hippy shit but it’s hippy shit with attitude.

I know I already talked about this album but it’s a good one so there you have it along with some Monty Pythonesque boobs. 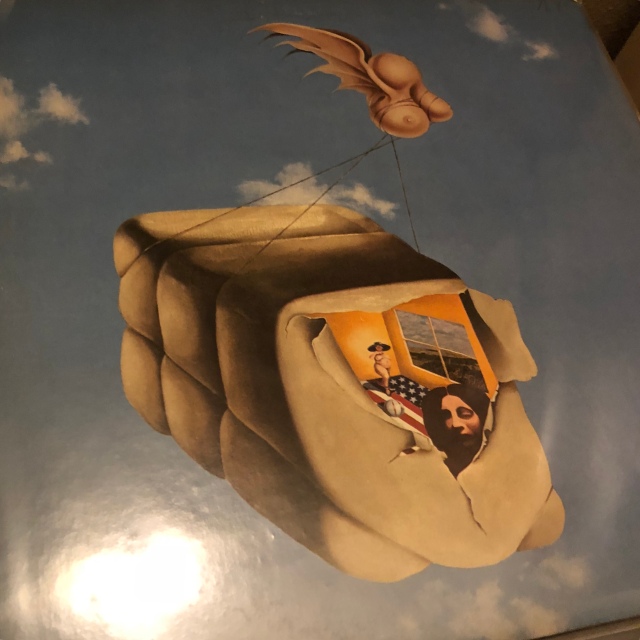 3 thoughts on “Yeah you gotta watch out if you sneeze…”