So like most people I belong to probably far too many online groups about music or books or games or movies and sometimes the inane comments get to me.

So for those of you out there who care, Roy Harper is a lot more than the guest vocalist on the fourth best Pink Floyd album or a convenient name for a track on the best Led Zeppelin album.

Here’s to the Loony On the Bus who has been producing infuriating and inspiring records for many years. Has been remarkably consistent in his anarchic view of politics, religion and social issues, has influenced his peers and at various times has had Bruford, John Paul Jones, Jimmy Page, David Gilmour, the McCartney’s, Keith Moon and Ian Anderson to name a few appear on albums or on stage with him and still is a thorn in the side of whatever establishment is in power and has a true sense of sartorial elegance.

Which at the end of the day is a great commendation, he pissed off the establishment and looked good doing it. 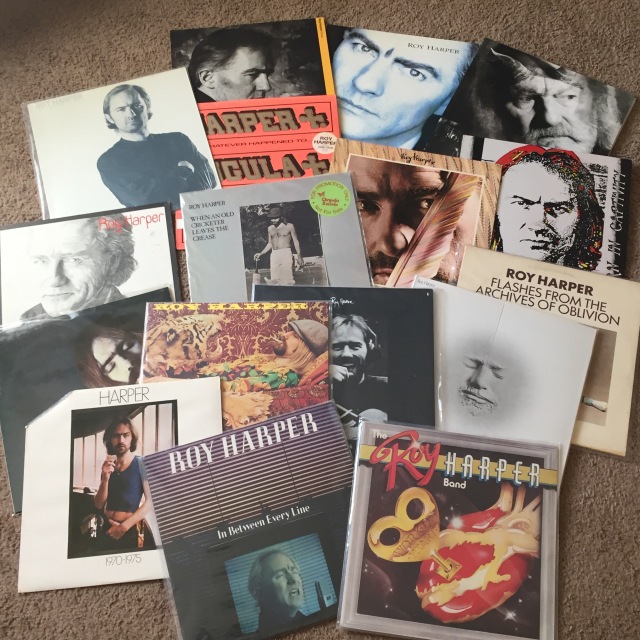 I’ve been trolling my way through the sordid underbelly of the Jethro Tull canon. Failed t.v. shows, stage shows and rock operas abound.

I do however have to admit a soft spot for Too Old To Rock’n’Roll, Too Young To Die. It’s a little unpleasant in places, bawdy and uncompromisingly Jethro Tull at times but somehow a whole lot of fun. It’s uncomfortable as you follow old Ray Lomas on his merry adventures, just a little sad and maybe as I age my way along a little too close to home.

I also remember the glee I had several years ago stopping at the service station at the junction of the A1 and A66 at Scotch Corner. I may have stood on the tarmac and had a moment for myself and Ian Anderson and thought of old Ray speeding his way along on Doris to his less than fatal collision.

And at the end of the day it’s a great album cover.

There are finer Tull albums without doubt. There are even better albums in general I am sure. This however was my admission to all things Tull. It all began in a murky bedroom in West Derby as John the crazed bearded red head fanatic took the time to explain to me how this was the greatest album I would hear this year, the year being 1982. I am sure that it was not true that this was the greatest album I ever heard in 1982, it did however result in me going to see Fairport Convention at the Southport Arts Center as Dave Pegg was in both bands and then to Cropredy.

John convinced me to go see the band live. I was enthralled at the time by the willingness of a grown man to prance around the stage in a codpiece and gurn his way through one legged flute playing. The tour also had the most absurd pirate ship stage set and was actually the epitome of everything punk had been angry about, this only made it more enjoyable on some level. Over the following years I saw more members of Fairport Convention play in both bands and enjoyed Mr Anderson’s appearances at Cropredy.

So if you want to hear a Tull album that is entirely competent, hits all the Tull buttons, sometimes too hard. You can even take the time to air guitar your way through some of Martin Barre’s rockier moments you don’t need to go further than Broadsword and The Beast. It also has some nice folkier elements throughout.