I just found this, I was going to submit this as my one hit wonder piece, oh well it’s written to here it goes:

From when I was 12 until the age of 18 I rode three buses for two hours to get to school. This was before the days of walkmen, C.D. players and definitely pre stereo earbuds with mp3 players. Instead we had portable transistor radios that had one little earbud that would give you a crackly connection to the music/football game you were listening to. Music was not an easily portable experience, in fact it was often for the teenager who lived several hours from school a lonely silent experience until the evening or weekend.

I had so few records  that I had managed somehow to commit most of the lyrics involved in them to memory.  The more lyrics the better was my general thought, the denser and more poetic the better. I would sit replaying entire albums in my mind on my way home as I stared out of the misted windows of the number 10 Bus on rainy days or watched my fellow passengers and created entire life stories for them. Often this would involve some sort of romantic involvement as I was whisked away from my existence in an all male school. How I regretted passing the entrance exam as I watched the comprehensive school kids talk to members of the opposite sex so easily and skillfully. Of course this is probably the majority of the idle thoughts of the adolescent male.

radio with it’s one strange dangling earbud it was seldom playing a song you would like to hear. Into this strange world one song strikes me as standing out.  Al Stewart’s Year of the Cat. A long song with a few powerful words.

Of course the lyrics would catch the imagination of the adolescent male. A film noire setting, a strange beautiful woman met in an exotic location who sweeps our protagonist off his feet and makes him leave his humdrum life behind for awhile. The lyrics are full of longing and sorrow as we realize this is a transient relationship destined to end.

For years I searched for that exotic smell of incense and patchouli. It’s a heady scent that takes you to strange places not all of them very clean.

I have always thought the lush late seventies production of the original track kind of spoilt it a little, a case of Alan Parson’s having too much control. Al after the success of this went on a quest for another hit. He started wearing disturbingly slick suits in various powdered colors instead of the hippy garb that had adorned other albums. His songs for awhile became a little less personal and confessional and to be honest less interesting. The song itself when you listen to the album stands out as somewhat separate from the rest of the songs which have a sympathetic folk-rock production. The song then comes as something of a shock after the fiddles and guitars of the other tracks.

So here’s a live version:

Luckily after the eighties Mr. Stewart found his sea legs again and went back to what he does best. Intensely personal songs, interspersed with historical epics sprinkled with gentle humor. Of course he still plays the hit and everyone loves it and he seems to have become resigned to the sax solo which he has described as sounding like a honking goose.

Here we have before and after pics, Al the hippy and Al the suave dapper man about town. 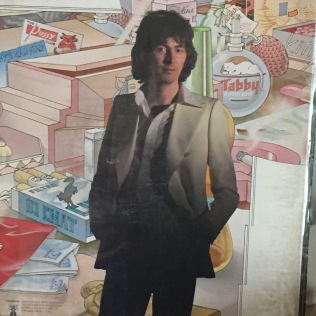 So this whole on-hit wonder thing has resulted in me listening to these two albums.

One is The Icicle Works 1984 debut album which funnily enough does not sound dated as an effort but the band look about 12 on the cover. It is a remarkably cohesive album considering it’s age, I am ever surprised they did not do better as a band, maybe too diverse, to odd, to arrogant who knows?

I think I prefer the UK version of the sleeve without the snapshot imposed over the original artwork. Maybe some advertising dude in the USA decided the pretty young men on the front would sell records, who knows. 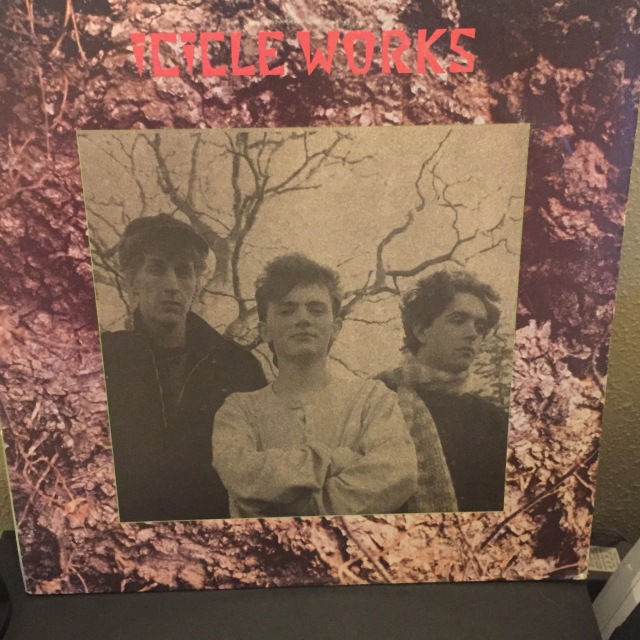 The other is inspired by Bruces post over at Vinyl Connection Play It Again Tim  I have no Buggles but I do have Drama by Yes. I spent much of my teen years detesting this album. It does however with more mature ears sound fine and fits right in with the rest of the Yes album up to this point. Trevor Horn really does sound remarkably like Jon Anderson and Geoff Downes has always been a great addition to any band.

Maybe throughout the weekend I will be further inspired who knows?

I love a non-sense lyric.

Nothing exemplifies the 80’s for me more than The Icicle Works single Birds Fly(whisper to a scream) with it’s nonsensical lyrics, tribal drumbeat and bass and psychedelic guitars. The chorus alone is worth the price of admission:

Now don’t get me wrong, this is a song I love, I also stole the lyrics from some online source so they may be wrong. Wacky lyrics do not a bad single make and this one is designed for dancing. The type of dancing that in the 80’s I excelled in, notably the joyous dervish like unrestrained twirling that only the inebriated can artfully achieve. This would in general drive all members of the opposite sex to the far corners of the room resulting in a somewhat lonely and nomadic 80’s for yours truly.

What I truly appreciate about this song is that in no way is it concerned with romantic love, the usual fodder of the 80’s pop song. It is about headier subjects, the meaning of life, spirituality, faith and yes ultimately love leading to nirvana(the state of mind not the band).

It’s a pretentious load of old codswallop as you may have guessed, or in the words of Goooey at the time “it’s bollocks but it rocks” this of course is the standard by which all great songs should be judged when we come to one-hit wonders, is it bollocks and does it rock?

They were so good that Dave Gilmour took them on his US tour with him which resulted in well very little attention from the record buying public in the US, which is in my opinion a shame.

The real problem for The Icicle Works may just be that they missed the wave that carried Echo and the Bunnymen and The Teardrop Explodes to success by a year or two. They continued to release excellent singles throughout the 80’s consistently not having anymore hits.

Of course if you were a UK resident at the time The Icicle Works had more than one semi-hit which had great bass playing, drumming and psychedelic guitars. You may notice in the next video the leaves are still on the trees, heavy shit man.

In fact they went on to be a rather great rock band showing a propensity for choosing excellent B-Sides for their 12 inch singles that showed that they were that most important of bands, a group of fans playing rock music.

They also managed to be the last thing  heard on Stranger Things Season 2.

There was this dark haired Italian girl. She lived across from us and had three passions I knew of, red wine, John Martyn and chocolate. At least once a day she played One World and smoked sat on the stoop. Her hair was raven black and curled provocatively over her shoulders, her skin was olive and perfect and her lips were the deepest red and always on the edge of a smile. During Small Hours she would sway along with the music as the guitar loops swelled and echoed down the street, during this part of the day it seemed her stereo had one setting loud and the weather was always sunny.

She took my then girlfriend Michelle under her wing and introduced her to the joys of real chocolate, and red wine, they would dance to John Martyn and cook together, sometimes at the same time. At least two or three times a week we would eat together and she would play John Martyn albums and try and explain the attraction, the passion, sensuality, rawness of the music. How the actual lyrics were unimportant, it was the sound of the voice.

Eventually her work at the university in Brighton ended and she left. There were kisses and promises to keep in touch, this however was at a time before cell phones, email and you were just one move away from losing touch. Inevitably this happened and we all continued our lives.

I like to think somewhere in Naples or Florence there is a beautiful Italian woman sitting on her stoop blaring out One World as she sits and sips her wine, sways and smiles. Maybe some gray in her hair and laughter lines around her eyes but it’s always sunny and her lips are on the edge of a smile.

Some nights if I play John Martyn and Michelle is walking around she will unconsciously start to dance and smile with a far away look in her eyes as she thinks of those warm evenings in Brighton in the 80’s.

Oh yeah you really should take the time to listen to One World by John Martyn, it’s a trip worth taking.

Siting here in the limbo of paying rent and a mortgage simultaneously the only sane thing to do is buy some more records. Many of the usual outlets, discogs, Amazon and eBay are out of reach as frankly I have no cash.

The answer obviously is the charity/thrift shop. The delights of the record pile in the thrift store are few and far between. Hidden amongst the Streisand and Manilow was this familiar gem.

Let’s be honest this looks like a bunch of amateurs hanging out in their mothers basement rather than the super group it really was. A wonderfully low-tech album sleeve in replacement of the less acceptable original cover.

The sleeve looks as if it has been used as a floor mat and there was an unsavory look to the vinyl. This really was a desperation buy on some level. Everything cleaned up well. I did apply judicious use of disinfectant to the cover wondering what toxic germs I may be bringing home.

This is the first time I have ever heard this album, I have overcome many of my Clapton biases over the years, even going to see him live once, which was enjoyable if not awe inspiring.

So I have decided to look on this as a Hawkwind, Spencer Davis Group, Family and John Mayall Bluesbreakers off-shoot album.

I am not one for lists and am not good at keeping to a yearly theme so we will see what this year brings. Probably a lot of thrift store shopping, the leftovers of the obsessive collectors who have the leisure time to get there at opening.

There is also our big construction project going on, over the last six months we have been working on moving to ten acres we bought. This is a strange experience waiting for the county to approve septic systems, wells etc. The biggest challenge right now is the house has to be 70 feet form the creek, 10 feet from the neighbors property line and 3o feet from the road. This seems easy but our place is zoned forest and we have 1 acre to fit things like a house on. It’s a puzzle as Shawn the builder says but we will overcome.