>”Earth Abides” is deservedly a classic, a well imagined description of one section of the human races decline to an almost paleolithic state  after a a global epidemic. Having read  other post-apocalyptic fiction I kept wanting to grab Ish and his contented crew by the scruff of their collective neck and make them work to survive other than having to find a new can opener.

A frustrating read on that level but really a great book describing exactly how unimportant man can be, if he remains passive, on a global scale, Ish eventually succumbs to his own passivity and just lets go of any attempt to intellectually influence the future but concentrates on giving his “tribe” skills that they will find useful and a talisman that will signify leadership. I kept hoping that somewhere there was a group of people farming and making their own future rather than just allowing themselves to fade away happily into obscurity.

Then on to William Gibson and  “Neuromancer.”

The most recent book I’ve read so far although 1984 is still 17 years ago, hard to imagine I have missed Gibson for so long but that’s the way things go.

I thoroughly enjoyed this book, Philip K. Dick meets Elmore Leonard, I will be looking out for more Gibson beginning with the other two Sprawl novels and then who knows were else. It’s good to “discover” a new writer, on some level though I think I may have been deliberately avoiding Gibson, probably for the same reason, according to Michelle, I have only just begun to watch “Lost,” it was too mainstream at the time.

Monday is the big Eric Clapton show me and the boys are going to. I am sure it will be a good experience for all, although maybe a little too predictable. Maybe I really do struggle with the mainstream.

>This sticking to the idea of only reading science fiction may be harder than I at first planned. Fevre Dream is not really science fiction although it was on one of the many lists I looked over, on reflection it is definitely more in the fantastic fiction camp. This was one of the reasons for abandoning the lists in the first place.

My answer to this is to read a book that is universal to all lists, luckily as I pored over the books in the library book store I found a hard back copy of George R. Stewart’s “Earth Abides.” Funny how my answer to a dissatisfaction with lists is to return to the lists, now there is a thought for the therapists couch. 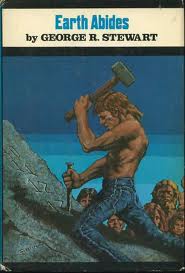 So onward with the adventures of Ish and his survival after the epidemic that has ended the majority of human life on earth. This book was written in 1949 and seems to be acknowledged as a classic so it fits the criteria.

I have managed to collect quite a stack of reading so I should at least write a list of some variety although it may be best to just read and see what jumps off the shelf in the moment, or maybe books will make connections, and then there are the books I’ve already read.

Maybe as this whole thing progresses it will become some sort of anarchic stumble through the stack of books on the shelf and overflowing onto the floor.

Some authors are more difficult than others to find it seems, Ballard and Aldiss particularly so, with Isaac Asimov also proving elusive. As I search through used bookstores I find myself drawn to those old books I read as a teen, or have sold in the past or given away, there have been at least three books I have bought again this week. 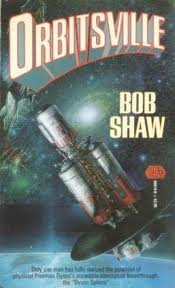 Down Through the Night

The rules are such that in order to read the book you must own the book. Also you cannot buy the book online, part of the game is the search for the book and then the reading, it’s almost hunting but not really. In fact it’s nothing like hunting.

Two books read since this all began Bob Shaw’s Orbitsville, because it was the thinnest and therefore easiest to read and finish quickly, and George R Martin’s Fevre Dream.

The Shaw is a hard science fiction epic in 180 pages. This is barely enough to get the story going, tantalizing but ultimately unsatisfying. The protagonist is not exactly a character you could sympathize with, he allows a child to die through inattention, takes his wife for granted and expects obedience from his crew by virtue of his station in life. The exploration of the Dyson sphere is at best cursory as is the examination of the role of corporations as the new Empires.

Martin’s tale is a fantasy although it slid in as maybe science fiction by the vampires being a species that had evolved alongside man and had no supernatural abilities. They are parasites feeding on man and adopting his art and style. The novel is, as with all of Martin’s books well realized with engaging characters, especially that of Abner the riverboat captain. The setting of a river boat at the height of Mississippi river trade in the 19th century was unusual.I’m not sure this book should count but it was good.

The soundtrack for the week was Miles Davis’s Bitches Brew Live and P.J. Harvey’s Let England Shake which were at times more challenging than entertaining

This week’s soundtrack is the Pixies discography after Thomas and I watched the movie Loud Quiet Loud. Although at the moment Robyn Hitchcock is imposing on my consciousness.

>“Time We Left This World Today”

I have a friend who questions my reading of science fiction; he seems to believe that it is a lesser form of writing and as such is not a useful use of time. I should be reading Rimbaud or Orwell, contemplating the plight of man and considering the lessons history can teach us. He considers himself fairly forward thinking and he is undoubtedly well read and even on the verge of over educated; he is also blind to the idea that genre fiction can have value. When he succumbs to Pat Frank or Cormac McCarthy he cannot allow himself to accept they are writing within a genre, for him it would be like discovering Dylan made a great disco album.

Rather than argue with him I decided to read what others consider to be the most worthy efforts that authors have made in the genre of science fiction. This would prove nothing to him, but would allow me to have hours of fun and an excuse to rediscover some of the novels that had excited my young mind, opening it up to the idea of possibilities and improbabilities not being so improbable.

After two weeks of attempting to create a list and keep it manageable I have now given up the idea of a definitive 100 books, it’s too subjective and the cross referencing was giving me an headache. So here are some lists if you like that sort of thing, I certainly do:

See how hard it gets, and that’s only after a few minutes.

Other fun and useful websites that only served to confuse rather than clarify:

So the project has become for a year Feb 2011 to Feb 2012 take the time to read some of the greatest titles in science fiction past and present. Of course I may get sidetracked by any number of books along the way and then there is always music.