1537 began it with his ode to Secrets by Blue Oyster Cult. Suddenly I was channeling my latent teenager, it’s just below the skin, thats what thirty one years of working with teenagers will do to you.

Suddenly everywhere I went I found the Cult, almost like it was a conspiracy.

After about 10 minutes of thinking about it I plummeted fully into the Oyster world, struggling to fight off the need to look for another album in every record bin and thrift store between Tigard and Molalla. They are everywhere I cried as I bought another album, completing the set up to 1980 yesterday afternoon as I bought Tyranny and Mutation as the liar in chief climbed on his plane to leave Helsinki, how apt I thought. 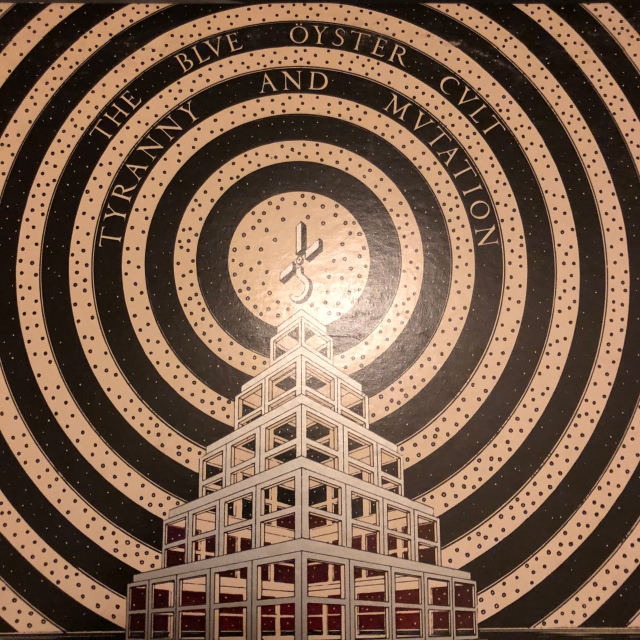 Tonight as I finally succumbed to the heat laying lethargically on the ground a frozen towel wrapped around my overheating head I played the album as it seemed to be a good place to start as any.

The Black side begins as The Red and the Black begins it’s herky jerky rhythmic ode to the Canadian Mounted Police and we are off, O’Ding on life itself as we ride the hot rails to hell to end up with the screaming diz busters to collapse exhausted at the end of side one and the thermometer has dropped 2 degrees.

The Red side begins with a familiar tale of the wicked ways of love, some ridiculous innuendo with a Hound Dog riff via some latin quarter rhythm, then we enter horror land with churches and black horsemen and rain, then we get back to sex with balling all night and day, crying and angst everything very dramatically ends with fertile graves, coastguard crews and harvest of life and death, all very dark and dangerous.

There are guitar solos, hectic stun guitar hefty enough for heavy metal, keyboard solos and some super drumming and those silly silly lyrics that just make it so great.

Damn thats a lot for one record.

All wrapped up in a classy black, white and red cover.

So whats it all about then, sex drugs rock and roll, blood and thunder and the Mounted Police, there is nothing not to love about the Cult and their second album.

Also there is this foreboding message from the inner sleeve:

At the time of the making of this album they were The Blue Oyster Cult.

I will learn how to add an umlaut one day as it is so metal to do so.

Twelve months on June 19th apparently, making the effort to move. Trials and tribulations and permits and contractors and the weather have held things up, and maybe taking the cheapest bid as well.

There apparently is only two weeks to go, until the big move day, or at least until we can apply for the occupancy permit. In that time there needs to be a well dug, the septic system finished and everything else essential to modern living attached, otherwise known as getting attached to the internets.

We went out there last week and slaughtered a virgin to the septic gods, demanding that they provide receptacles for our refuse. The county permitting office was sprinkled with the fresh blood of the lamb and we made curry with the rest. The very next day a hole appeared:

The very next day the rain gods laughed at us and the hole filled with water: 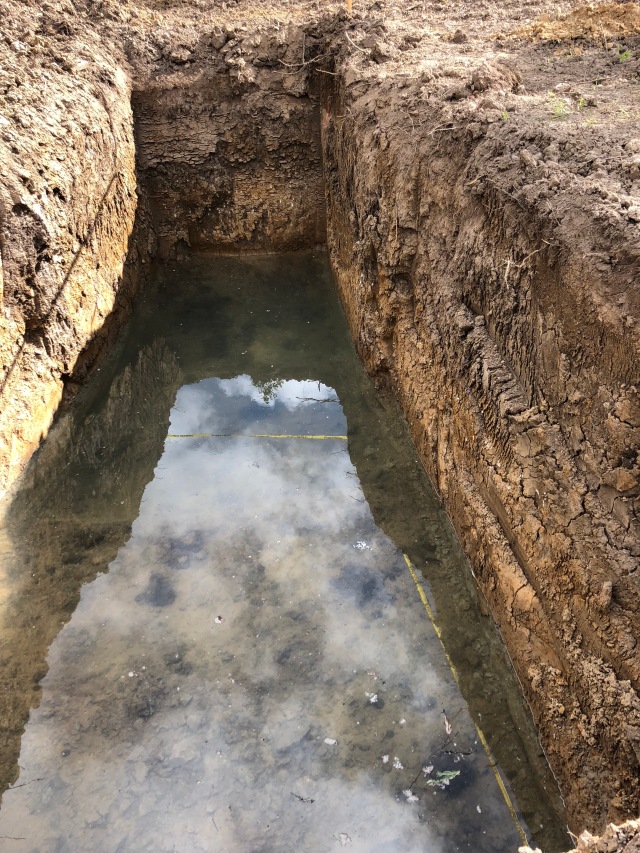 Confusion as then nothing happened maybe this is our new swim pool.

Thats the end of the line, as usual the entire septic world went quiet for a while. Until miraculously last week: 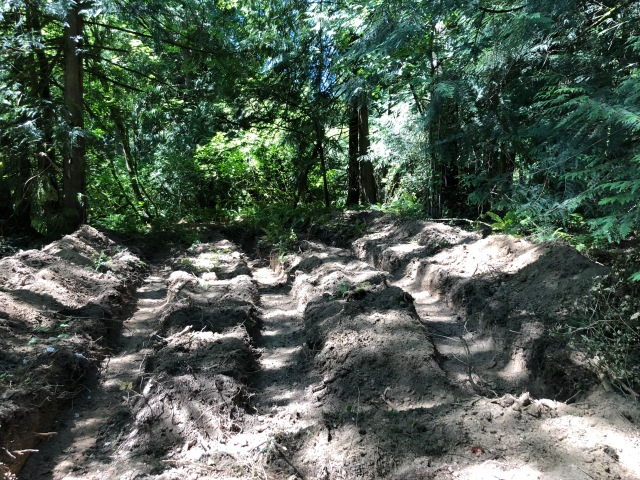 This week the pipes arrived and excitement filled the air:

So after several sacrificial blood lettings we allegedly have somewhere to go, it has been a magical journey from hole in the ground to several large concrete containers with UV disinfectors and 300 feet of pipe to the drain field in the woods. There are pumps and flashing lights that will give you a headache one day.

Next week the well gets drilled and maybe we can move in one day soon, Shawn the contractor and Billy the foreman assure us this will happen the 1st of August. The permitting gods will have to be appeased though so we will see what happens.

I will fulfill my dream of living in a trailer at the edge of town. Of course it is a high tech super trailer with plenty of space.