15 Albums what a ridiculous number that is but keepsmealive picked the number.

Those ones you cannot live without. The Desert Island albums, the essentials etc. etc. etc. Or really the compromises you make when faced with an arbitrary number. At any time the list may change and I am already having regrets.

1.Well they had to be records that meant something to me of course.

2. Compilations count because the two I chose are carefully thought out retrospectives ( not really, see rule 1)

3. I had to own them and be able to sing along in an out of tune but enthusiastic voice to every song (practiced this in the car all week)

4. Bootlegs count because I said so (see rule 1 again)

Fake country, psychedelic jams it’s all covered here. Neil’s greatests moments in noise production in his first ten years. I know it’s cheating as it is a compilation but it is the second best compilation made, covering ten years of creativity and soul searching.

Fairport Convention – What We Did On Our Holidays

The absolute best English Folk-Rock album from the 60’s. Yes better songs appear later in the band’s career but nothing ever holds up as a whole again. Traditional songs and original compositions all make for a perfect album. Yes Liege and Lief was more groundbreaking but everything on What We Did fits so well and the show stealing fiddle is not there yet.

Hawkwind – Hall of the Mountain Grill

Some claim this is Hawkwind lite but it is for me the best album, great songs enough blanga to melt the brain and electronic blips and bleeps as well as Simon House squawking away on electric violin. I almost went with Space Ritual but that can at times be too much Hawkwind.

Four long songs covering everything from religion to the gaseous emissions of critics. An album of contrasts and all acoustic, in fact it has Jimmy Pages finest acoustic appearance on any album as he shreds his way through Same Old Rock. This is one of those albums that you have to play all the way through.

This may be cheating again with a compilation but this is how I first ever heard The Beatles, this album nestled in my parents radiogram as the only album from the Beatles. My mum sang along to every song and  I can play this album through in my head without it being on. I know there may be better or at least real Beatles albums but this is the one you need, or rather I need.

Bob Dylan – Blood on the Tracks, the New York Sessions

Again it may be a cheat, as it’s a bootleg, but the versions are so much better sounding, more direct and less muffled, also there is something about hearing Dylan’s buttons rattling against the guitar body that makes it special. It is essential at some point in every list it is important to be a little pretentious.

There are many other choices but this for me is Bowie right before he entered the stratosphere, still paying homage to his heroes and still with a unique voice. He is still a little wide eyed on this album if not innocent. The future however is there with the searing Queen Bitch and The Bewlay Brothers to end the album.

David Crosby – If I Could Only Remember My Name 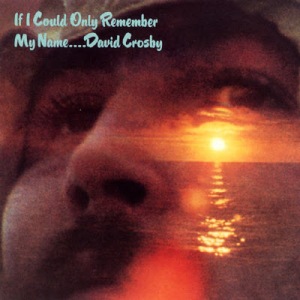 If you have this you don’t need another album from San Francisco. Containing most of the Grateful Dead, Jefferson Airplane and CSNY this is an album that reeks of lazy afternoons and evenings smoking and jamming. It is a musical tour de force and no wonder it took him forever to record a second solo album this may have just run the well dry. Full of obscure guitar tunings and meandering vocal harmonies it is a wonder with Jack Casady’s bass holding it all together at times when it looks like it may disappear in a cloud of smoke.

The Flaming Lips – The Soft Bulletin

At times sounding like Burt Bacharach joined Pink Floyd with Neil Young as a singer, well that sums it up. They have never sounded so consistent although they have been more fun at times. 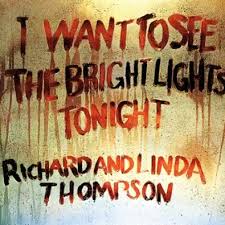 A wholly excellent album at times uplifting other times harrowing and bleak. The whole album flows with a strange sense of completeness and spirituality.. Moving from one observation to the next with the constant searing guitar lines imposing themselves over crumhorns, mandolins and accordions and that is just the first track. Has there ever been a better beginning of a song than Calvary Cross? Also any album with a silver band on deserves to be heard

Anger, angst and solos. Floyd’s best moment in many ways sandwiched between the musical genius of Wish You Were Here and the mega selling Wall. It was the second Floyd album I ever heard after A Saucerful of Secrets and the one I can return to again and again along with Atomheart Mother which almost made the list.

My go to genesis album, enough prog to keep a nerd happy and some really emotional ( sappy ) songs to keep you grounded. It also has in Heathaze one of the great Genesis songs nobody every really rates.

A confused album ranging from all out Led Zep homage rock to Prince pastiche via a little Byrds flavored country rock. Somehow it all hangs together and is the best of the original Icicle Works albums, although a really good compilation may do it in, they have not made one of those yet.

An album that is difficult to define, songs about buildings, trains, personality disorders, death and insects. Need I say more really. It is the quintessential obsessive compulsive English album.

Beatles references, harmonies, guitar solos switching speakers and a big big sound. Four of it’s songs are classics that still stay in the Yes live show and it has a delightfully creepy cover.