Two weeks until the next plane ride to the hometown, thats almost 36,000 miles this year on jets. I have no idea what the carbon footprint of that is, although I did discover that with KLM you can off-set the carbon cost which goes some way to making me feel better. Three airlines and one has gone out of business already, farewell Thomas Cook it was always interesting flying with you, Bachelorettes and drunken Mancunians heading home after the week in Vegas, the frustrated 20 year olds realizing they could not drink in the US and other assorted passengers. The searches and the delays, the bad food and the long waits for the next plane, the strange orange soda in Iceland and the lure of beer at 7a.m. Shuttle busses and car rental lines, all in a days travel.

I realized this week that planes are somewhat my future for awhile and bought a pair of noise cancelling bluetooth headphones. They will also double for use on the tractor though so the expense is justified. (This is just  a sad excuse to buy something I wanted, pretending that it has some other use that will excuse the expense.) 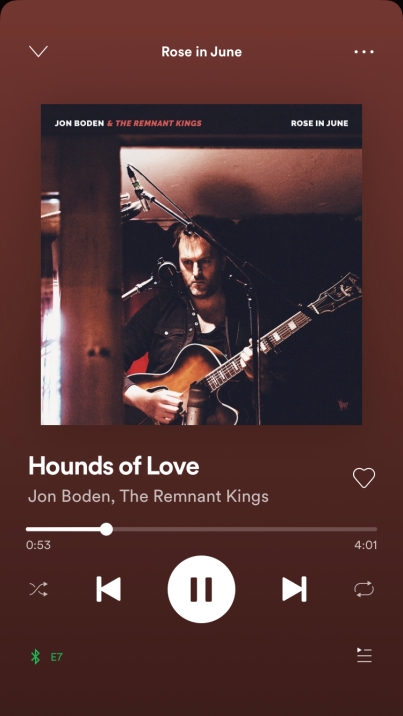 In a truly strange experience I am sat here in the living room listening on headphones to the streaming version of a record that I have just listened to on the record player. I have admit that to my poor ears it sounds as good as it did on the stereo, lets face it I do not have the greatest stereo in the world, my turntable may be a bit better than the Bose system it plays through. Music has not really ever been about the equipment for me, yes it is important not to have something that will damage the records and sounds good, it is not however not necessary to break the bank. I will fix it one day when the system I have needs replacing.

So here I am in my mid-price bluetooth noise cancelling headphones, enjoying Jon Boden and the Remnant Kings new album for the first time today streaming but the third time total. It is a fine folk record without the bellicose grandiosity of Bellowhead. The cover version of Hounds of Love is haunting and reverential in it’s own way and the songs off Songs from the Floodplain definitely add something to the mix, it’s intense with the requisite amount of rock to the folk making it something unusual a real folk rock record, their are electric guitars, squalling fiddles and a cacophony of squeezebox sounds along with real drums.

So a final picture of the record to prove that I really have not abandoned all sense or commitment to the world of records, LP’s or vinyl if you must.

5 thoughts on “honesty’s all out of fashion…”