It was really hot today almost reaching one hundred of the fahrenheit’s, This led to some brain circuitry short circuits and listening to Out and Intake by Hawkwind.

It’s the curse of Hawkwind, the dodgy compilation or release. Out and Intake occupies the unenviable task of being simultaneously new and a compilation of odds and sods that were laying around after the album was completed.

It’s not awful, in fact some of it is good, I have always liked Harvey Bainridge’s synth explorations and Nik always has a good honk whenever he can. Danny Thompson manages to keep time the way Brock wanted in the 80’s, which was more reminiscent of a drum machine than a real drummer and Huw Lloyd Langton plays a mean solo and good ole Brock keeps the riffs going. 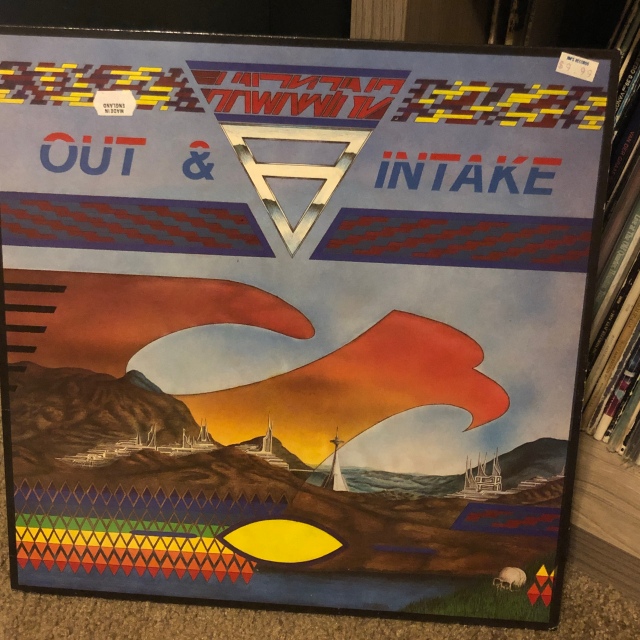 At least it has a pretty cover as my wife says. It definitely falls into the less aggressive side of Hawkwind, melodic at times, even restful. To be honest it sounds better than I remember but 1987 was an odd year for me and Hawkwind. I have to admit thought that I have never found a Hawkwind album I would straight up reject as having no saving graces, this may be the fan in me though.

Tomorrow is potentially hotter so what the heck. The orange gnome says that climate change is not real so I am going with that rather than the evidence before me, after all he knows more about the climate than anyone. The natural hue of his skin tone has convinced me.