Back to those records that I buy because I feel I should, after all who else would look after these potential treasures, then they sit in a long line of records that have not been played. Some of them are albums from my youth  and others are records that I think I should have for some reason, it’s a disease I tell you, after all it’s not like I need them. They may be genuinely unheard or realistically things I have not heard in a long time and sometimes wish I had not wasted that 40 minutes or so.

I know nothing about Robin Trower other than he was in Procul Harum I think, I could google this and find out I suppose but to be honest I am not that energetic tonight. I think he made a valiant effort like many guitar players to step into the void left by Hendrix, he is a fine player in that vaguely bluesy, psychedelic way.

What I do know is he has a nice idea of what an album cover should look like. As usual my pictures in no way will do justice to the album.

Just played both of these and I won’t be getting rid of them but I am not sure when I will play them again.

I don’t know whats going on, I have owned this for years and not played it, yes I have heard it before, just never really had the desire to listen again although I did feel the need to own it. 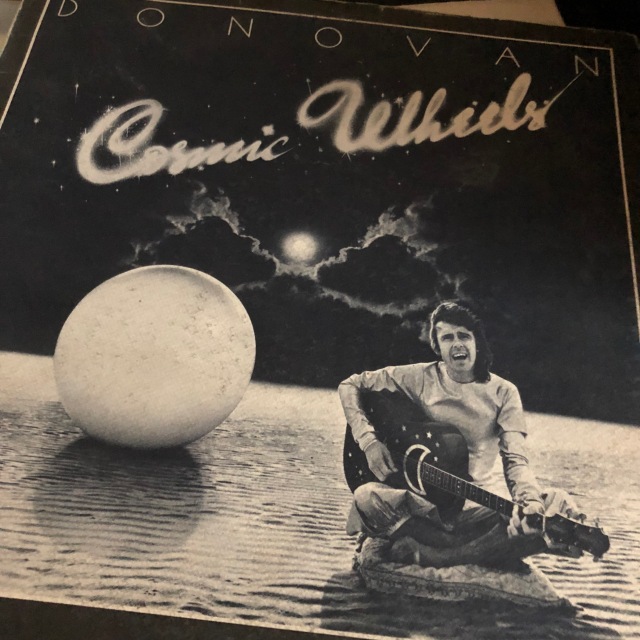 Finally Donovan with Cosmic Wheels, a return to form and an interesting album with no real hits but the entrancing Suzi Quattro guesting on vocal somewhere in there. I’ve had this in the to be played pile for a long time and passed it by quite quickly at times. I love the package though, it makes me want to get the coloring pencils out.

7 thoughts on “unheard but not unwanted part 2…”