You know when you have been well and truly enabled. It is when a co-worker turns up with a box and says, “I was on the way to the thriftstore to drop these records off, I thought you should take a look first though!”

Twenty minutes later I have quite the haul and feel a bit of an opportunist, that may be another vinyl digging classification for Vinyl Connection. Amidst the Barbara Streisand and Neil Diamond was this collection. 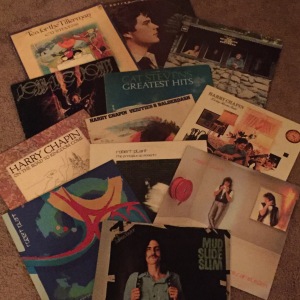 Only three of these were on my essential wanted list, the Jean Luc Ponty, Mudslide Slim and The Notorious Byrd Brothers 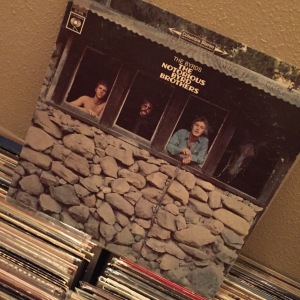 but I am more than happy with the pile and I will get to play them all eventually. The Robert Plant will be a nice return to a state of confusion after the dissolution of Zeppelin.

The Byrds album has my all time favorite Byrds track with Goin’ Back. A song I first heard covered by the Icicle Works during a feverish gig somewhere in the north of England. It was by all accounts a difficult album to record with Crosby and Michael Clark leaving, Gene Clark coming back for awhile and arguments and pettiness being the order of the day. It is however a gorgeous album and Crosby was wrong to not want to record Goin’ Back and Hillman and McGuinn should have allowed Triad to be on the album. Such is hindsight though.