So John Renbourn died the other night, often overshadowed in a way by Bert Jansch he was very much his equal in many ways if not songwriting. Together they were magical and in Pentangle transcendent. Yesterday afternoon I found a copy of his album The Hermit and the Lady and the Unicorn in Goodwill, 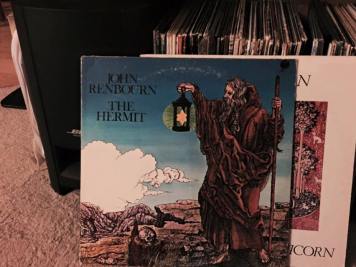 coming home I logged on to my Facebook account to discover he had died. I was not the biggest John Renbourn fan but this affected me a lot, the coincidence was meaningful.

Here he is playing the Bert Jansch tune Angie, some of you may recognize it from Paul Simon’s playing, and Candyman, He was a marvelous guitarist and apparently a nice man.