So we took off to Seattle in the jeep and surprisingly the ride was a lot better than I thought it would be, of course it’s louder than a car but what the heck. The main purpose of the journey was the King Tut exhibit. After this last show in Seattle it is returning to Egypt never to leave. Which is only right after that countries natural treasures have been consistently plundered over the years. I had to think about how we would feel with the declaration of independence or the crown jewels being in another country.
The exhibit was astounding and Ben was pretty much in awe the whole way around. It is hard to imagine the way life was for normal people when all you have is the glimpse into the aristocracy. 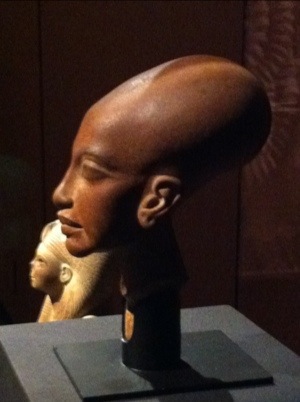 Of course there was the obligatory ride on the duck with much blowing of quackery, this was very hard for me as shy retiring sort but I have to admit driving around Seattle in a large loud amphibious vehicle was fun and you get to go on the lake and see the house boats.

Oh I forgot about the butterflies, the butterfly garden at the pacific science museum was one of my favorite experiences . The quiet grace of butterflies has always been fascinating and I couldn’t help but think of the Robert Silververg book Nightwings.