A week or so of listening and enjoying the music of Katriona Gilmore and Jamie Roberts. Two songwriters that transcend there young age with the maturity of their songs. It takes a brave person to write a song about a bookseller in this day and age, it caught my attention because of the lines about the only constant in the characters life being his love of books and reading. Jamie has a deft touch on guitar and Katriona must be one of the finest young fiddle players around at the moment.

Also there has been an obvious rash of listening to the music of Ray Davies as we bought tickets to go see him last week, too much fun in too may ways.

Reading has been busy. I finished several books over the last few weeks and none of them were duds although one Brian Aldiss book was of dubious worth in so may ways but so much fun to read. The Year Before Yesterday was entirely too tempting on the bookshelf.

A swastika wearing spaceman with a laser gun is too confusing, especially when he is stood on the moon without his helmet. Thankfully the insanity continued throughout the book, it was a strange fix up of two stories of alternate histories tied together loosely with an excuse of a mystery. Well I am going to hope it was a fix up although it really does not matter considering the amount of pleasure from reading it.

Also in no particular order was Robopocalypse by Daniel Wilson which apparently is going to become a Stephen Spielberg movie. It is an intelligent and thought provoking book, 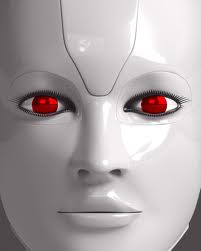 although comparison to Terminator are obvious, it also has quite possibly the creepiest cover art in a long time.

Also this month was my second ever Joe Haldeman book with Camouflage. Haldeman’s Forever War is a classic, Camouflage is not a classic but it is a fun read. 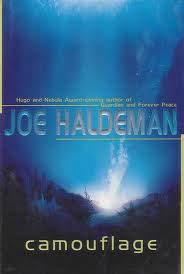 It concerns two chameleon type creatures on earth and their travels through history. One seems to be learning about humanity the other is more interested in violence and aggression although in the beginning they are hard to distinguish. I found the ending to be disappointing and too easy. Now Camouflage would make a great movie if someone chose to make it, it’s intelligent thought provoking and most importantly for Hollywood full of action.

Also listened to was Ellen and the Escapades. A great English band in that new tradition of folk bluesy

English bands made so popular after Mumford and Sons. The truly refreshing thing is the confidence allowing singers to sing in their own accent not trying to adopt a transatlantic middle of the road accent like so many have had to do to be successful. The album has enough feel good songs on it to make it essential for the summer. Here is a suitably atmospheric picture of the band, probably in Yorkshire. Go out and buy the new album it’s called All The Crooked Scenes, you will not regret it.

Back to books, the last one finished was to To Say Nothing of the Dog, which I really enjoyed. It’s a well researched time travel book which is actually funny from start to finish, and considering the length that is no mean feat.

Part homage to Victorian fiction and part romantic  comedy it really was a lot of fun. The amount of enjoyment I got from this book will make sure I investigate Connie Willis more.

Of course after such a sweet treat it was essential to jump right back to the conclusion of David Moody’s Hater trilogy with Then Or Us. This has been a thrill ride of a series, following Danny McCoyne and his fellow Haters as they systematically dismantle society. In this episode Danny and Rufus decide that the monster the Haters most resemble 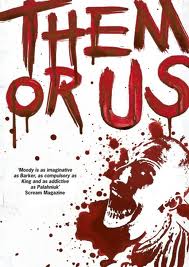 in fiction is the zombie, although they are still capable of rational thought but are consumed with hate and attack any of they Unchanged they see. I am about two thirds of the way through this book and still cannot guess how the series will end, every time I think I have a handle on it Moody changes the plot. This is really more horror than science fiction but as I began this blog with a vampire story what the heck.

Well that has been the last few weeks of reading and listening, along the way there was also Bruce Springsteen’s new album and I tried to read Embassytown and gave up. I will go back but I think my mind was not really into it.